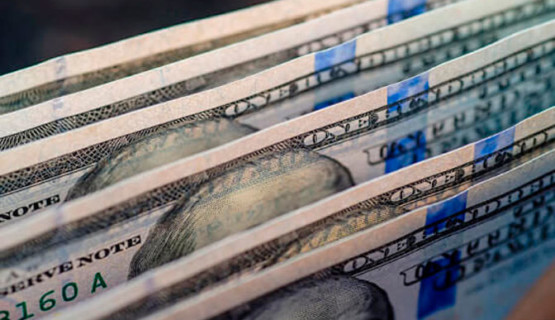 During his election campaign, Donald Trump called the US economy ” Obama’s economic disaster .” As Daniel Patrick Moynihan, late senator from New York used to say: «Everyone can have their own opinion, but not their own facts.” However ruthless economic facts argue against Trump’s statement.

Economists tend not to praise or blame American presidents for their policy too much because prosperity depends more on luck, history and consequences of long-term government policy, than the use of limited economic management tools by any of the presidents. However, there is a lot of data that can be used to determine how much the economy of three Democrats and three Republicans occupied the White House since 1976 during the presidential terms improved (or not improved).

In order to change the national economic indicators, it is possible to address existing standards. Here are 14 that are compiled by Bloomberg , are widely tracked and these standards measure a wide range of economic activities, from the labor market and wage growth to the strength of key sectors, such as real estate and automobile industry, the status of stock and bond portfolio ensuring the financial security of working people and pensioners:

Comparing and measuring the annual growth of each of these parameters for each of the last six presidents, it becomes possible to determine the average rate of overall economic progress. In the process of calculating each measure has an equal value, so if you feel that some deserve more attention because of their importance, you will have to submit your complaints to the technique. However, it’s still quite reasonable method though it’s quite rough.

According to these measurements the economy has strengthened the most in the period from 1993 to 2000, when Bill Clinton had been holding the presidency, and later in the period of Obama’s reign from 2009 to 2016. Therefore, no matter what you think about Obama’s political actions, the US economy showed better results when he was working in the White House than in the rest of his recent predecessors.

Bill Clinton’s campaign was held with the slogan: “It’s the economy, silly” and he managed to receive the best annual result in the index S & P 500, and the best indicator of GDP growth. His years in the White House were also in line with the second place in terms of annual growth in non-agricultural sector, per capita income, the dollar value of manufacturing jobs and hourly wages. Clinton become the only president who had transformed a permanent deficit into the annual surplus.

Obama had been holding his post during the worst recession since the Great Depression, when the economy had lost 750 thousand jobs per month and had already lost a record 9% of GDP. He has completed his two terms of reign with the largest annual increase in value of the dollar, the highest rate of population reduction of debt in relation to income, the biggest indicator of sales growth in the automotive industry and the hourly rate. Obama’s presidency has coincided with a second indicator of the level of own capital and has become on the second place since the period of the Clinton’s presidency when the deficit had reduced in a percentage relation to GDP. In the case of a slower annual growth rates of non-agricultural sector under Obama, comparing with Jimmy Carter’s , Clinton’s and Ronald Reagan’s presidency, for 75 months, they have demonstrated a continuous growth, which has become the longest period of growth since February 1939.

The worst results at the moment distinguish George Bush’s presidency that had finished with the worst financial crisis since the Great Depression. The collapse in 2008 absolutely destroyed economy , resulting a general decline in the exchange rates, house cost , the level of sales in the automotive industry, anemia in the labor market and GDP growth. However, even before the recession, the economic activity was lower than in the period the other five Presidents. Stock market indicators have been developing slower, non-agricultural sector growth became much worse, and the growth of equity is in the penultimate place.

Indicators of economic growth of the US under six Presidents

(Annual percentage indicator for the period of presidency )

Time of Carter’s presidency from 1977 to 1980 is on the penultimate place by the growth results. In those years there was a very significant drop in the dollar value of sales in the automotive industry, decline in hourly wages and the smallest productivity growth. Despite these setbacks, there were some glimmers of economic growth. The most significant annual growth in non-agricultural sector, and the second in terms of the annual growth of GDP, the biggest increase in equity and jobs in the industrial sector happened during Carter’s presidency.

Economy improvement from 1989 to 1992 under George HW Bush, took place only a little bit better than in the years of the Carter. The slowest growth of income per capita was happening during these years, indicators of the development of non-agricultural sector were placed to the penultimate place. Shareholders’ equity grew minimally, and hourly wages declined. Even after a politically risky tax increase for the correction of chronic budget deficit, he received the last place in the column of the deficit reduce. However, there was a boom in the stock market, and S & P 500 index grew faster than under all other presidents except Clinton. Having recovered after the collapse of 1987, the American Stock Exchange had advanced the world’s according to the the MSCI World Index with the largest margin for a 40-year period.

After Reagan’s election in 1980 the worst recession of financial crisis in 2008 since Second World War had occurred. Thanks to the amazing recovery the economy of the 40th President of the United States had been ranked as the third by the level of development. It has the highest annual per capita income growth, the best results in the bond market according to Bloomberg Barclays U.S. Aggregate Total Return Value Unhedged USD index evaluations. Reagan’s policy followed Carter, having taken the second place in terms of annual GDP growth. However, the collapse in 1987 compromised the indicators on the world’s stock markets, which had become the worst result since 1976.

Addressing to Trump: no! There wasn’t any economic disaster under Obama.

It’s hard to argue with facts. According to the key parameters, the last eight years have become a period of sustained improvement, although there weren’t any records set during that period. Only one of the last six presidents of the United States led to a period of great economic development. It was Clinton, and he pays tribute to Obama because of the situation with the financial crisis.

“President Obama began working at a much weaker from mine economy situation,” – Clinton said in his speech at the Democratic nomination for Congress in 2012. “No president – not me or any of my predecessors – could have repaired all the damage in just four years. But conditions are improving and if you’ll renew the president’s contract you will feel it. I believe that with all my heart.”

With help of Shin Pei