Trump, corporatism and the lack of innovation 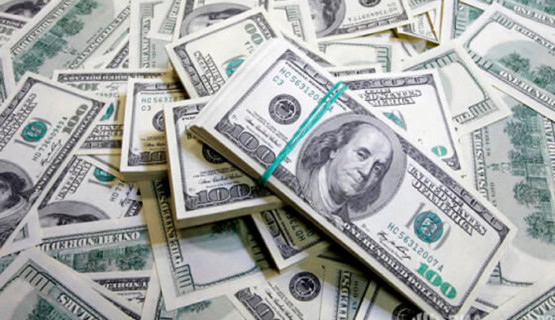 In the United States, as many people believe, the internal political shift is happening now – from cosmopolitanism to nationalism, from the city’s “elite” with left-wing views to the “populists” from village with right-wing views. The dominant economic ideology is also changing – from comparativistics policies of redistribution and regulation to the policy, similar to the old corporatism, involving the active intervention of the state.

Both changes are caused by dissatisfaction of voters. For decades, Americans have believed that flying on a magic carpet of economic growth caused by the achievements of science, then the flowering of Silicon Valley. In reality, however, since the 1970s, total factory productivity has been growing slowly. Internet boom was only a passing deviation of 1996-2004 from this trend.

Over time, in response to a decrease in the profitability, business began to reduce investments, increase of productivity and hourly wages slowed in many household workers began to drop out of the labor force.

It is this “secular stagnation”, which was once described by Alvin Hansen. It didn’t not particularly touch wealthy establishment, because ultra-low interest rates led to a sharp spike in stock prices. But a large part of the population was angry with the country’s leadership, which seems to have had some other priorities rather than the restoration of general economic growth. Some commentators have even begun to come to the conclusion that capitalism is exhaled, and now the economy is falling into a relatively steady state of satiety capital.

In fact, since 1970, the total payments for labor (wages plus various bonuses) have grown slightly slower than the total profit and growth of the average wage at the population groups of the income scale below, was not slower than the “average class. ” However, the average hourly payments to employees of the private sector, holding positions in manufacturing grew much slower than everyone’s else. In addition, the level of economic activity of men has significantly decreased in comparison with the level of economic activity of women. In 2015, the share of industrial employment in total employment accounted for only a quarter of 1970 levels.

Due to the disappearance of industrial jobs in the American Rust Belt mostly white men’s standards of living became not much better than their parents had. Over the years, especially in the Appalachian region, they don’t feel respect from the society. They have lost the opportunity to play an important role in their families, cities, countries, and their injustice feeling increases due to the fact that, in their opinion, people with high salaries do not pay what they owe, while others are on the dole.

However, there are deeper reasons for their discontent. These men have lost the chance to be involved in meaningful work, to feel their involvement in something important. They were deprived of the space where they could thrive, get satisfaction from success, to grow professionally. They would like to be able to dream about something meaningful and create it. “Good job” in the industry gave these men the prospect of new challenges, learning and the appropriate promotion. Low prestige job in the retail trading or service sector does not offer anything like it.

Having lost “a good job”, these men lost their main source of the meaning of his life. Evidence of this loss was the increase in suicides and drug cases of death among Americans, identified in the study Anne Case and Angus Deaton.

In search of an adequate solution to this problem, we must first consider the basic reasons of the stagnation in the West. In its work in 1934 Hansen wrote that “the cause of a century stagnation is the lack of new inventions or new industries.” And, as shown in my book “The massive prosperity: How low innovations have become a source of jobs, new opportunities and developments,” the first signs of recession in the US innovation activities appeared in the late 1960s.

By the time the innovative spirit of America (love of imagination, research, experimentation, creation)weakened because of the corporatist ideology, that had pierced all levels of government and to replace an ideology of individualism, by which capitalism is flourishing. Although there is still a lot of private properties, a large proportion of the private sector is now still controlled by the government. Private individual’s start-up with a new idea is often required to be approved by government; companies that enter the existing markets to compete with the previously-based firms, which usually have already enlisted the support of the authorities. Although Silicon Valley has created a new industry, increasing for a short time the pace of innovation, it is also faced with a reduction in yield.

To revitalize the innovation we need to change the way business is conducted. Future US presidential administration of Donald Trump, from its side , should focus on the development of competition, and not just on deregulation. Unfortunately, this issue has not yet hit the Trump’s attention: he rarely mentions about innovation, and its team is preparing a dangerous decision that can actually undermine the process of innovation.

Firstly, Trump said that the difficulties of American workers is fault of international trade, rather than the disappearance of innovation. Yes, even some economists seem to support this opinion. But while the traditional “innovative country”, for example, the United States, Britain, France, faced with a significant decline in the level of economic activity of men, the rate rose in the “trading countries”, such as the Netherlands and Germany. This means that the main culprit is the lack of innovation, not trade.

Secondly, Trump believes that actions from the side of the market supply, contributing to the growth of net profit corporations, will increase incomes and create jobs. But this approach can cause explosive growth of public debt and, ultimately, a deep recession.

Finally, and worst of all, Trump is confident that one scolding corporations, for example, Ford and of Carrier, and others support, such as the Google, will increase production and employment. Such corporatist policy we have not seen since the days of Nazi Germany and Italy 1930. If you save such a mentality, government intervention in the business sector for the protection of existing companies, and blocking the entry of new will grow. As a result, the arteries of the economy will be blocked, and it certainly will be more innovations to restrain than to encourage innovation among the insiders have already taken place.

Politicians must respond to the danger of the revival of corporatism with Tramp. Similar approaches to current problems of economic stagnation could drive the final nail into the heart of innovations – and the American working class.